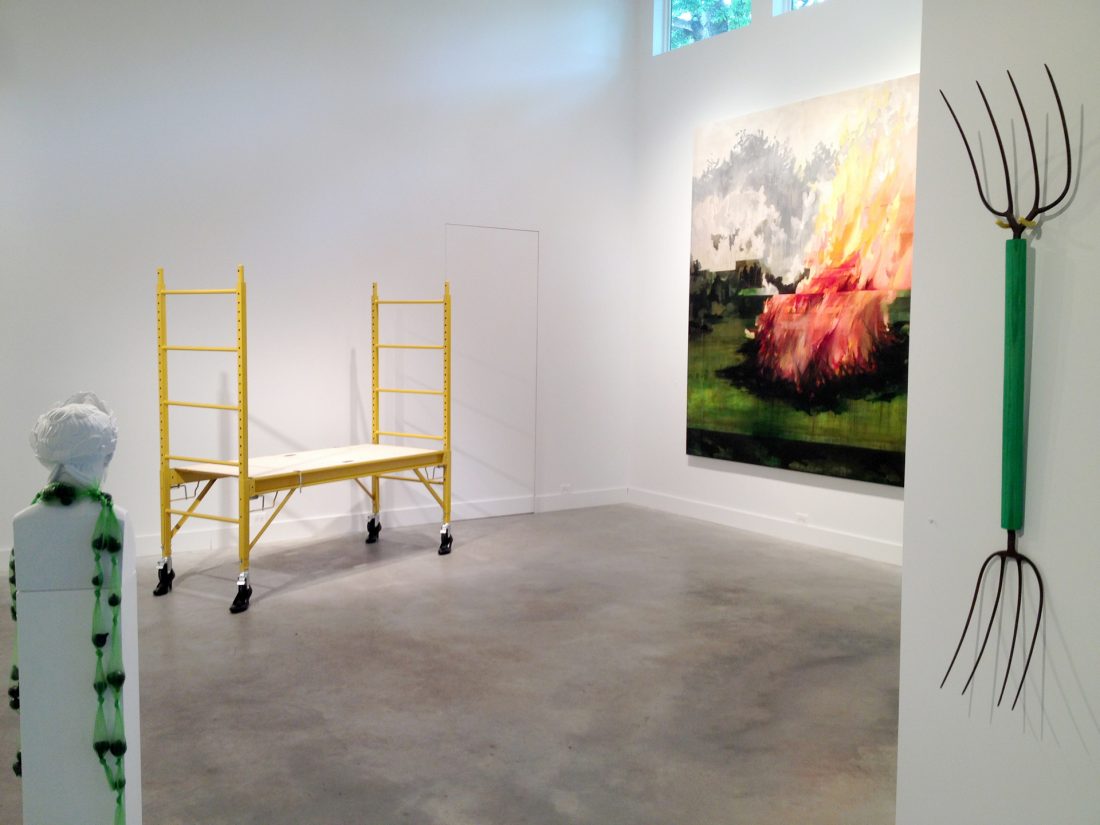 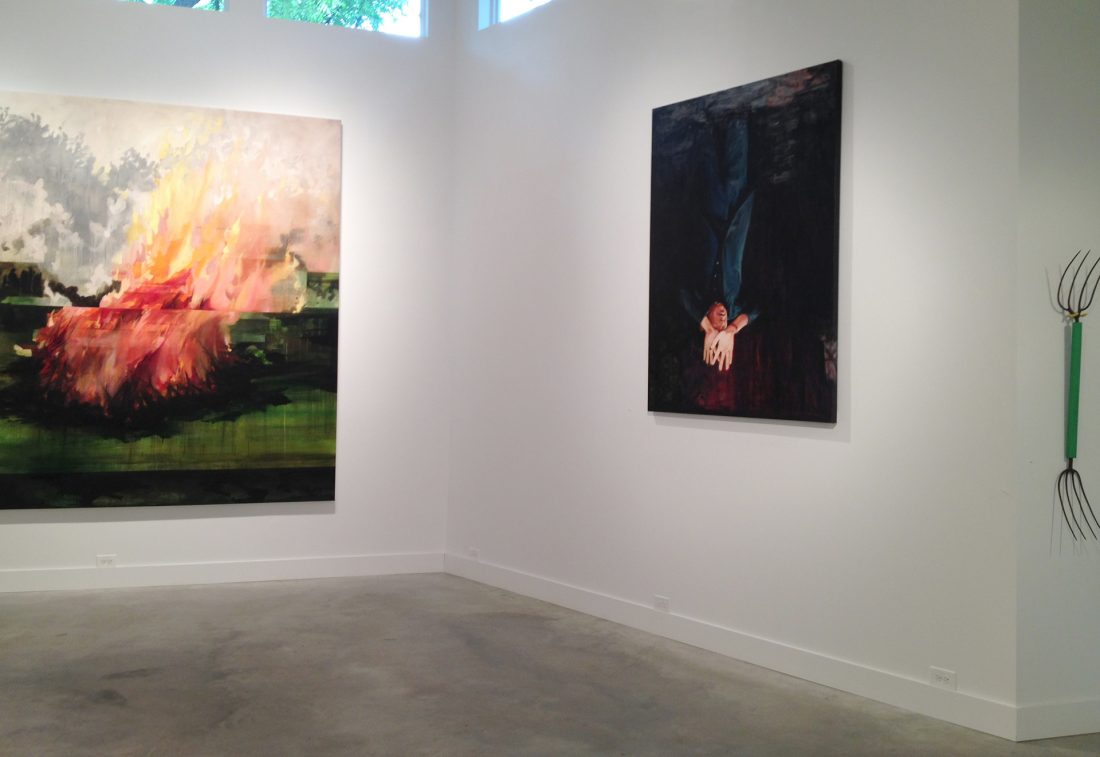 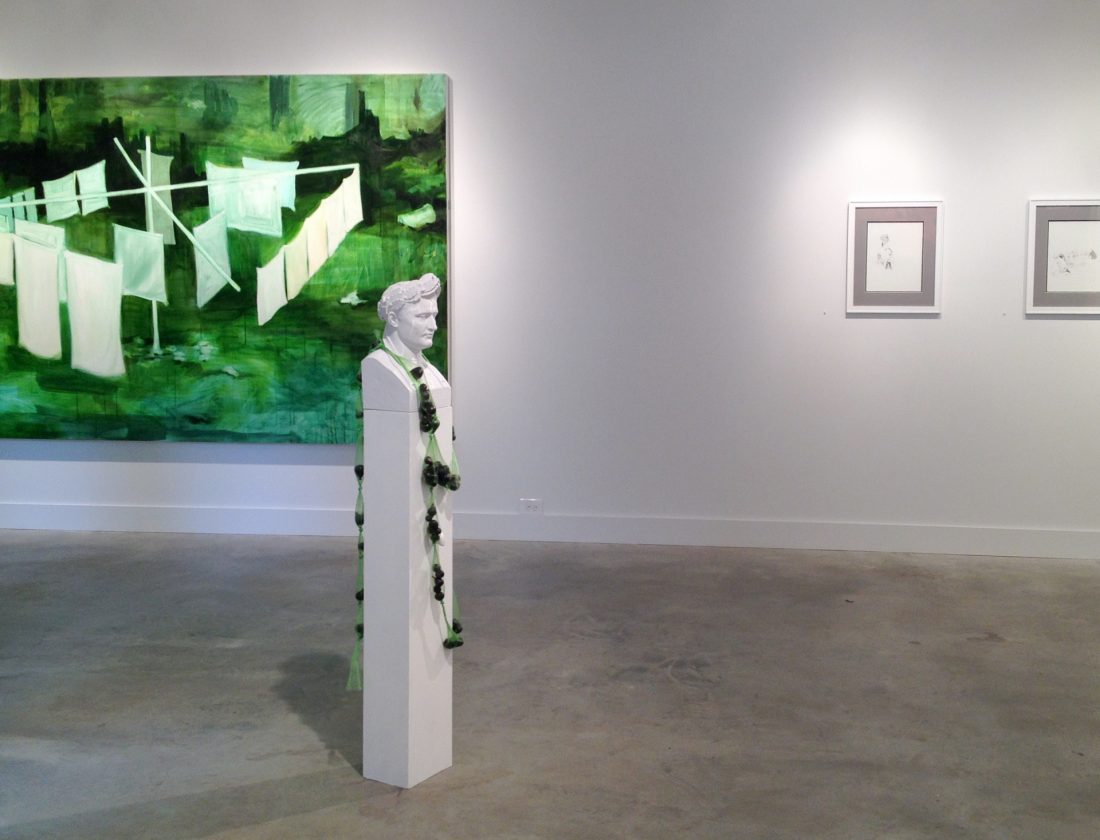 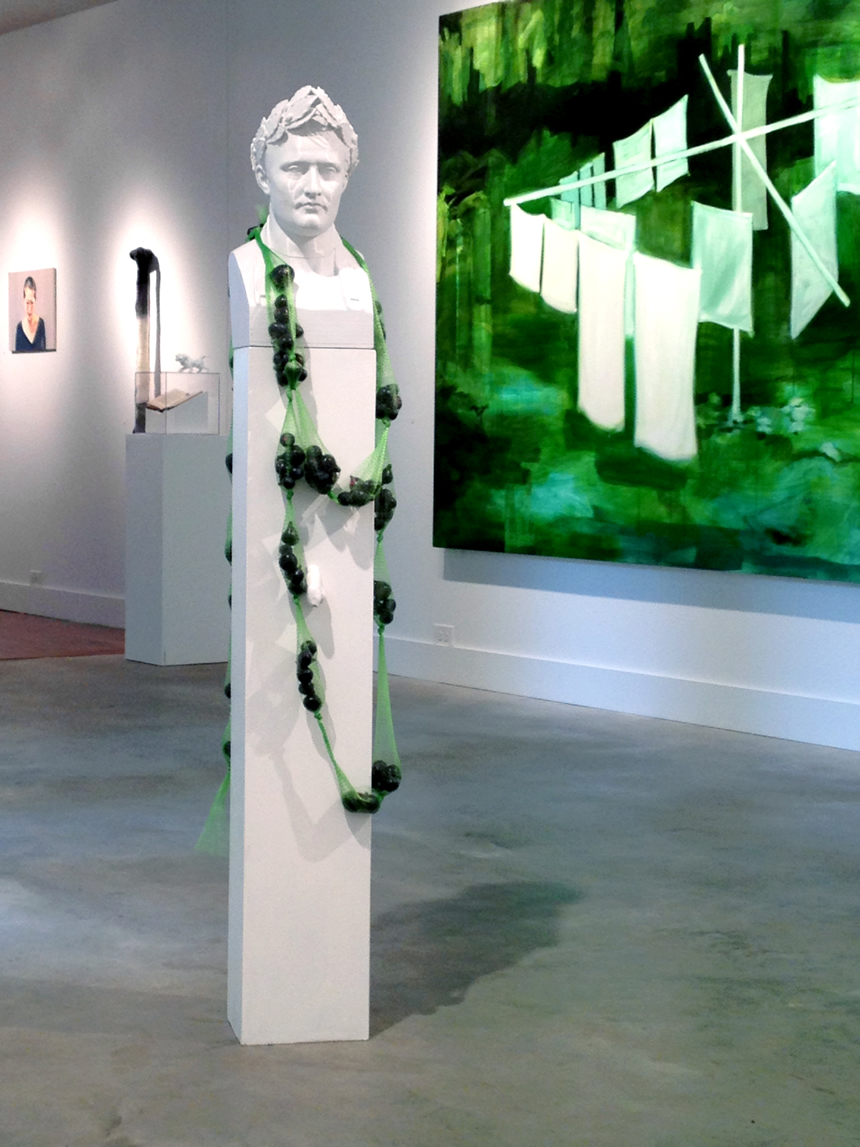 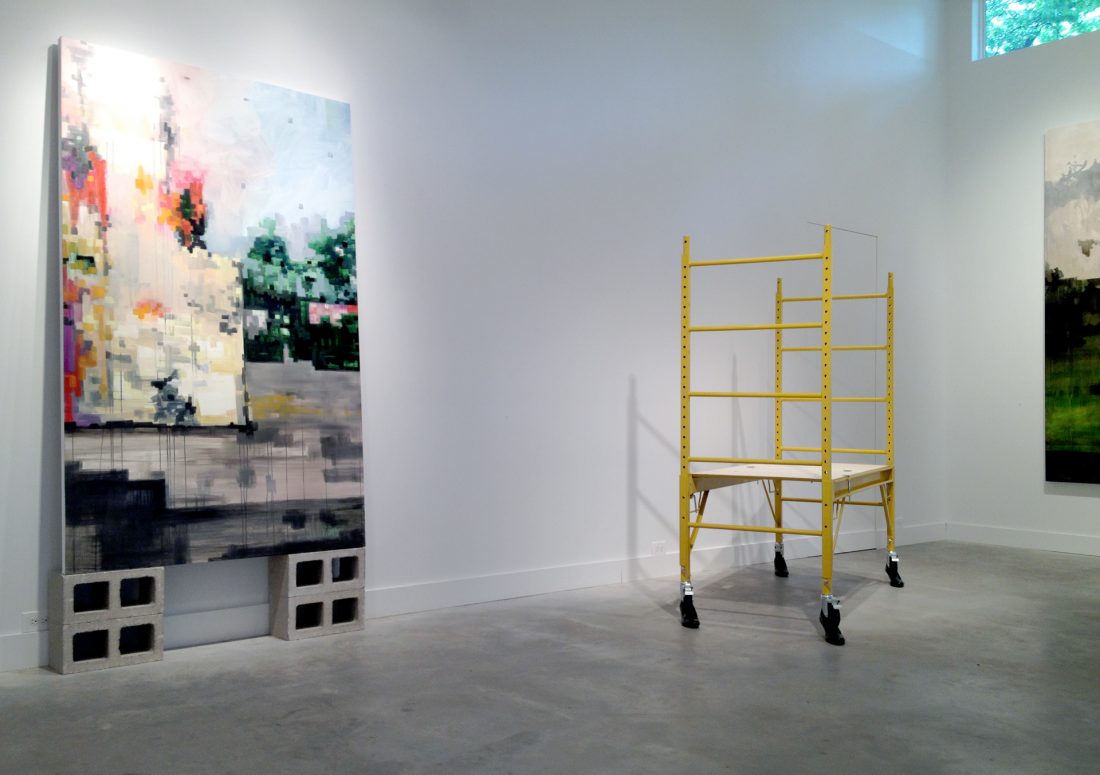 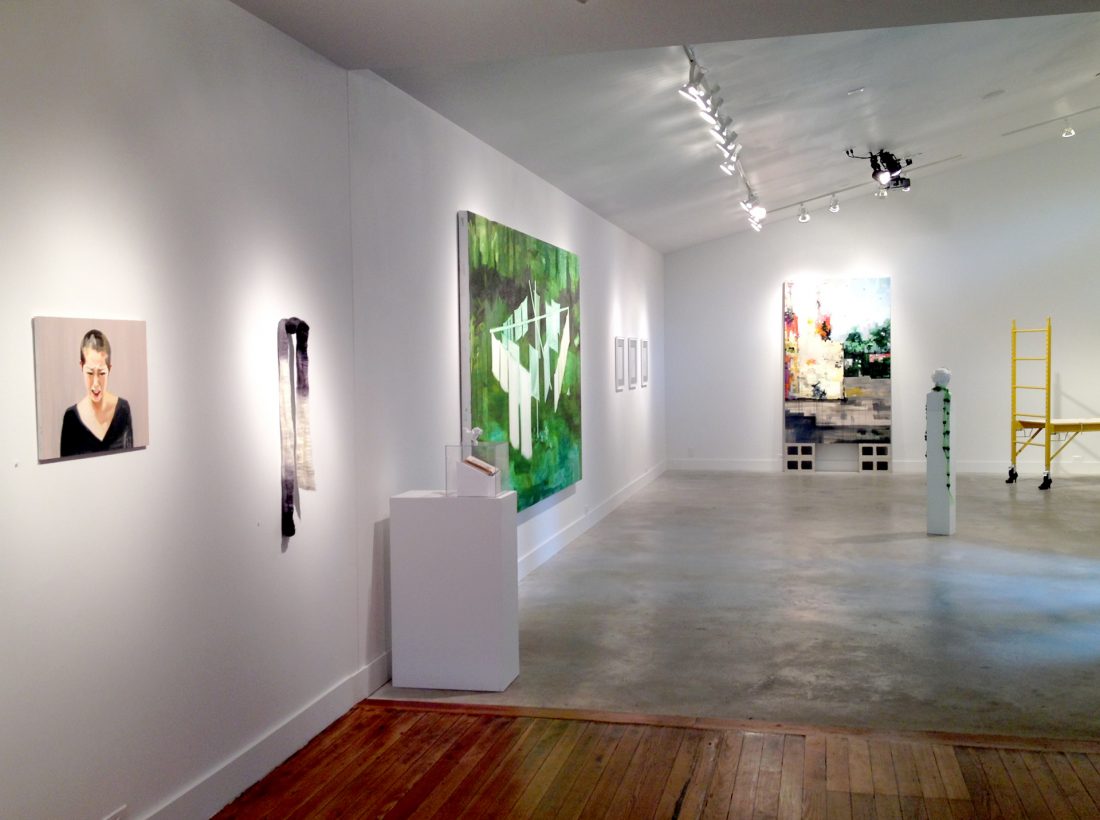 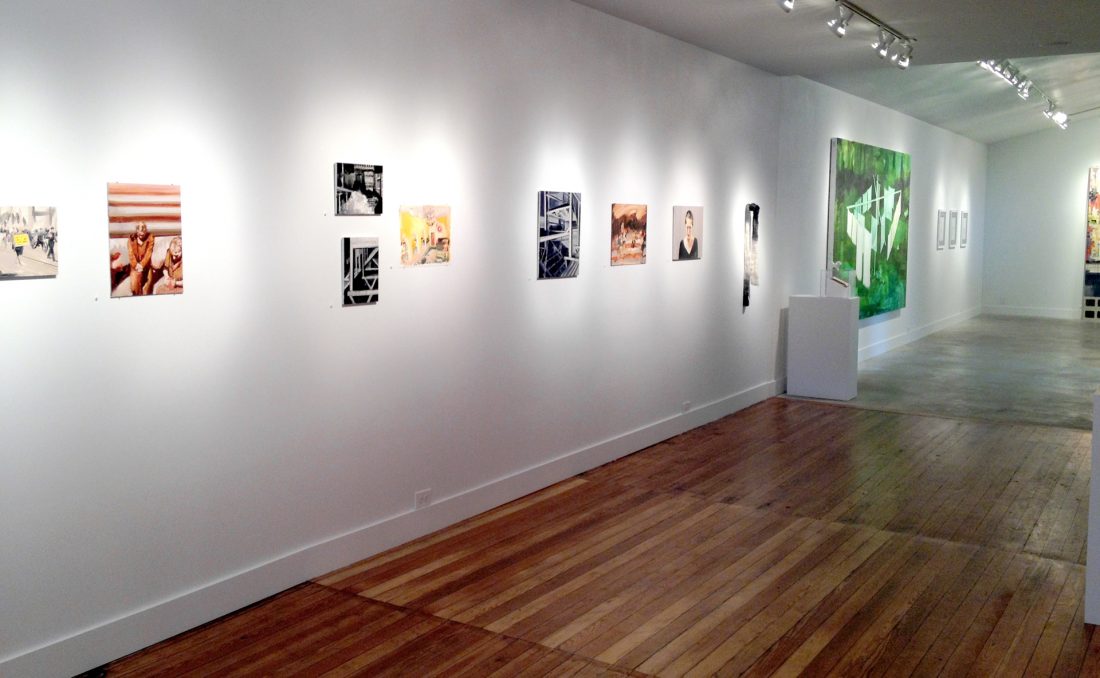 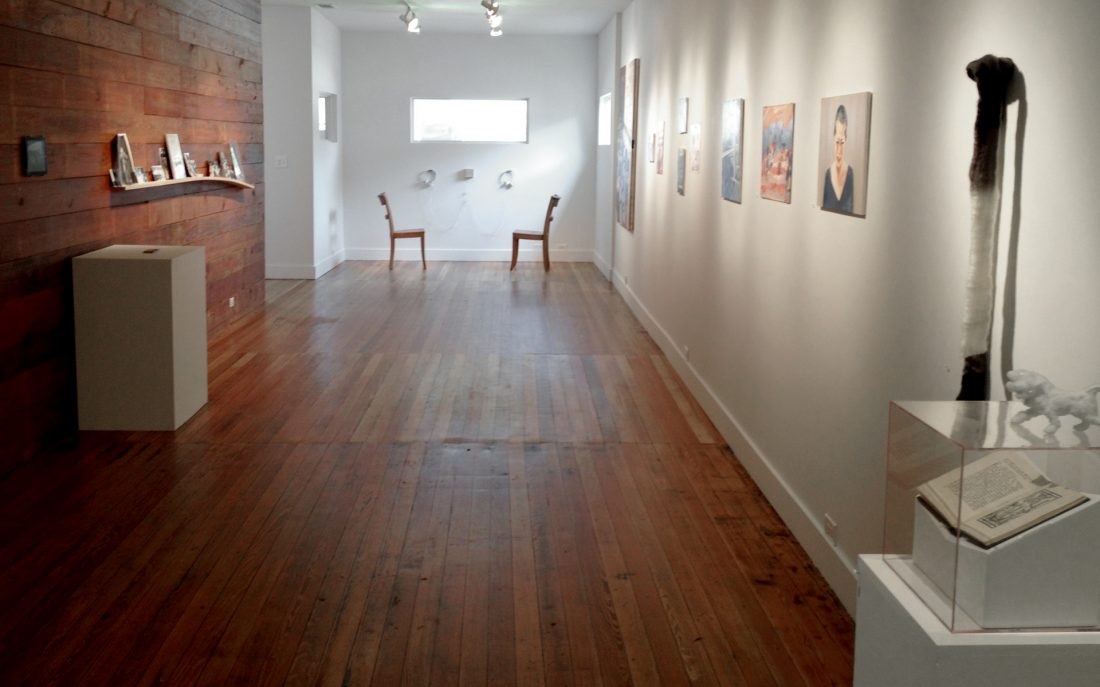 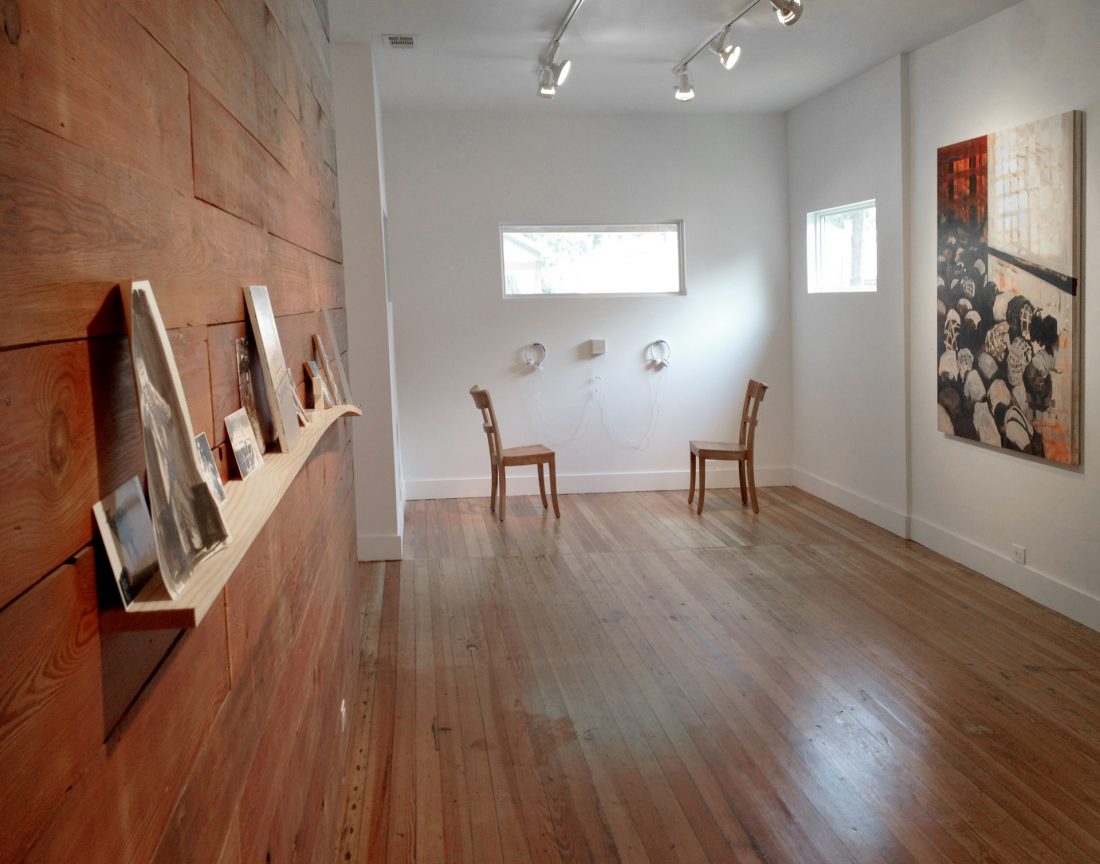 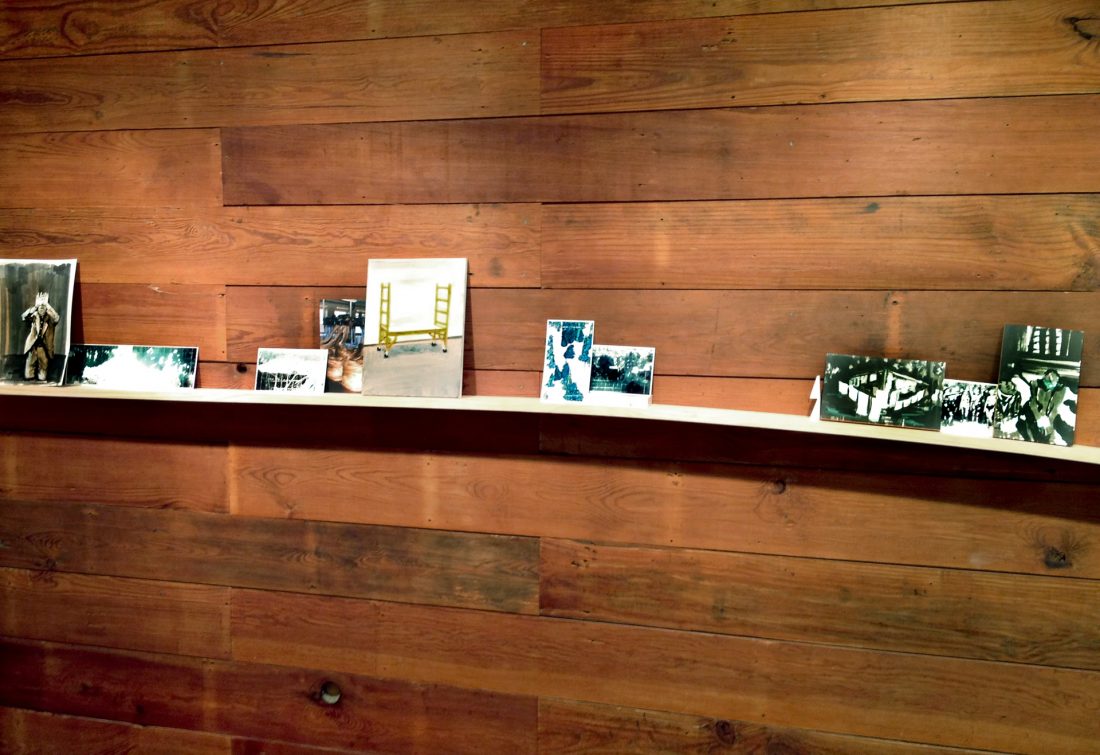 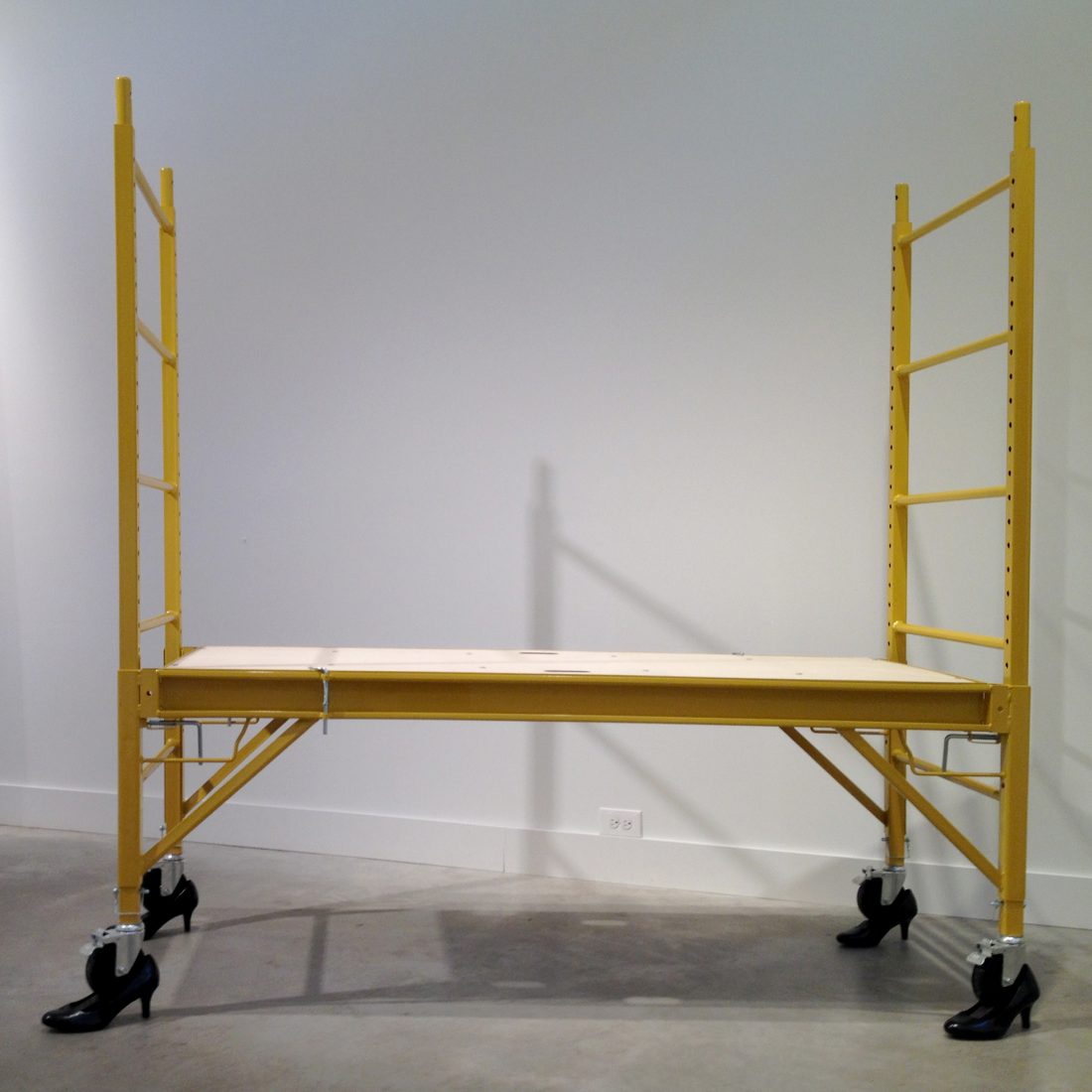 I Only Know Plenty

This cohesive exhibition of several large and small scale paintings, drawings, installations, sculpture, sound, and video, engages the mind as much as the senses. Schwaiger takes an intentionally anachronistic approach to exhibition-crafting in order to explore a cultural consistency — perhaps a cultural need — to scapegoat and the rituals, acknowledged or unacknowledged, that surround these acts of blame and cleansing.

“From the point of view of the society, scapegoating has three primary components: blame, sacrifice, and purification. From the point of view of the scapegoat these components correspond to shame, harm, and expulsion — at times the most severe form of expulsion, death. I Only Know Plenty addresses the culturally universal phenomenon of substitutionary atonement, or scapegoating, through a variety of conceptual perspectives, artistic media, and subject matter. Through this new body of I take my overarching concerns and interests in ritual, its contemporary iterations, and powerlessness, into an emotionally charged exhibition which places the viewer in the position of both victim and victimizer while stripping away many historical and political queues from the imagery that might otherwise allow the viewers a method of removing themselves from the action or a way of turning off what I feel to be an at times jarring empathy.” – Elizabeth Schwaiger

Schwaiger touches on the evolving modes used to channel these socioinstinctual impulses through depiction and juxtaposition of images across cultures and times: religious/mystic sacrifice, political burning of effigies, paparazzi lead celebrity dethroning, post world war II public shaming and head shaving of female “horizontal collaborators,” the oddly parallel public meltdown of Japanese pop star Minami Minegishi, the Grecian pharmakos, the peasant mob of old to the anonymous mob of the social networks.    These are presented alongside more subtle works that suggest a quieter unsaid and undemonstrated sacrifice in a more personal less extreme realm; simple yet unnerving visual and audio of daily life, and the blurry pseudo-complicity of passive in-person or online viewing — the temptation of a public sacrifice a click away.

A research based solo